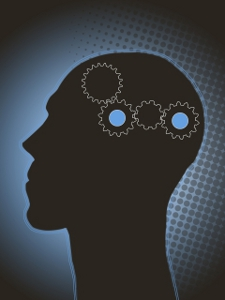 Is there a creativity crisis in America?

According to an online article from Newsweek, research shows that while we are becoming more intelligent with each generation, it seems that Americans are becoming less creative.

Creativity and intelligence may be correlated, but they are actually two very different traits. Long-term studies on creativity conducted by E. Paul Torrance show that a person’s level of creativity has a direct effect on their success in life – specifically as an entrepreneur or innovator.

Entrepreneurs and small business owners need to be creative. So if we are losing our creative edge – what does that say about the future of small businesses in this country?

Creativity is one of our passions here at The Folder Store. We love creating folders for businesses like yours, and we love hearing about the creative ways you use the custom folders even more!

Because creativity is such an important part of what we do – we wanted to take a close look at the issue and what can be done about it.

Research conducted at the College of William & Mary just a few months ago found some surprising results concerning creativity. As part of the current research, 300,000 children and adults took test developed by Torrance in the late ’50s to measure creativity.

Results showed that creativity scores – like IQ scores – had been on the rise until around the year 1990. That’s when CQ scores started a downward trend and lead researchers call the decrease “very significant.”

Keeping your creative edge is vital to your career. An IBM poll of CEOs identified creativity as the top leadership quality of the future. So if we know creativity is crucial – why are we letting things slide?

It’s unclear what’s really causing a lack of creativity in America. But other countries around the world are gaining ground while the U.S. is falling behind. The way we teach our children may be one of the causes.

Even in China – many schools are now veering away from a strict curriculum and leaning toward a style that lets students learn through their own experimentation.

Here in America – we seem to be going in the opposite direction. Many public schoolteachers have become frustrated with hard-core curriculum and standardized testing. They spend most of their time making sure students pass those tests so the school the work for can keep getting funding from the government.

As a result, children only memorize answers and aren’t really learning. They aren’t developing creative skills.

Other culprits often blamed for the lack of creativity are TV, video games and other forms of entertainment.

Media can often encourage creativity. But it’s like food. If you eat too much of anything you’re going to get fat. Perhaps our culture spends so much time consuming all the different forms of media – that many of us have no time left to create!

The accepted definition of creativity is the “ability to produce something new through imaginative skill.”

Creativity doesn’t necessarily mean you’re an artist, musician or actor. Having creativity means you can think outside the box to solve problems and come up with new ideas.

If you feel like an uncreative person – don’t worry. While some people may be born with creativity in their genes, it is also a skill that can be learned and developed. Think of your creativity like a muscle. The more you work it, the stronger it gets.